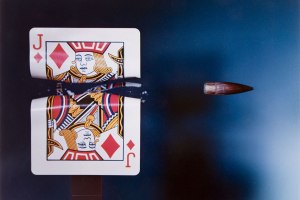 Jack you’re a dead man
Jack someone loaded the gun
Jack what’s it like when they stare?
You’re playing with half a deck
Jack did you burn or just rip?
Jack what did you do to deserve it?
Where’s your family now, Jack?
Who set you up to be knocked down?
Jack did the bullet hurt when it pierced you?
Jack you’re hanging on a wall for all to see
Jack I think you were murdered in a frenzy
Killed, framed, and ashamed made a lesson for us all.