Posted on October 10, 2014 by missmellibrary 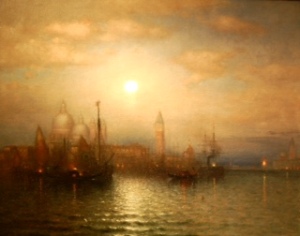 Venice is impressive but it’s also sad.
Reminiscent of the tomb of Lenin.
Where that thing which once was a human body,
lay “in state” for many, too long years
adorned in colorful uniform,
with adoring passers-by.

Like Lenin, Venice too once ruled
vast portions of the planet Earth,
and now it also lies “in state”
with “uniform” carefully adjusted
and polished and gently placed and pulled,
and just as gruesomely ghastly too
if you accidentally look too close
around its unraveling edges.