Posted on October 10, 2016 by missmellibrary 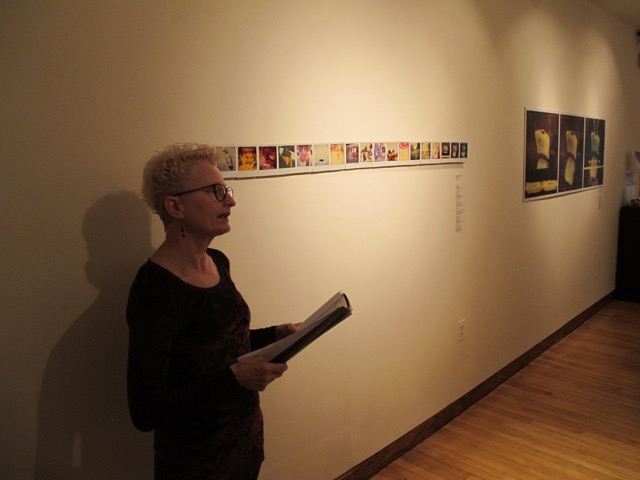 Kelly DeMaegd reads her poem inspired by the Fanjoy Labrenz work at the September 17, 2016 Art of Poetry event. The next event at Hickory Museum of Art will be on Saturday, December 3, 2016 and submissions for consideration will be accepted through November 19. Photo courtesy of Roger and Ginny Sanford.

I wanted that camera
wanted to draw with light
capture Barbie in her roadster,
green army men riding shotgun
photograph my brother hawking worms
from his corner night crawler stand

wash the dishes, iron hankies
save my allowance, buy that camera
it could be my ticket out
desperate for travel, Detroit maybe,
try on hats at Hudson’s, work for the Free Press
make my way to 12th Street and Clairmount

It’s only nineteen dollars
and ninety-five

count it down (yeah yeah)
zip it off