Posted on February 15, 2016 by missmellibrary 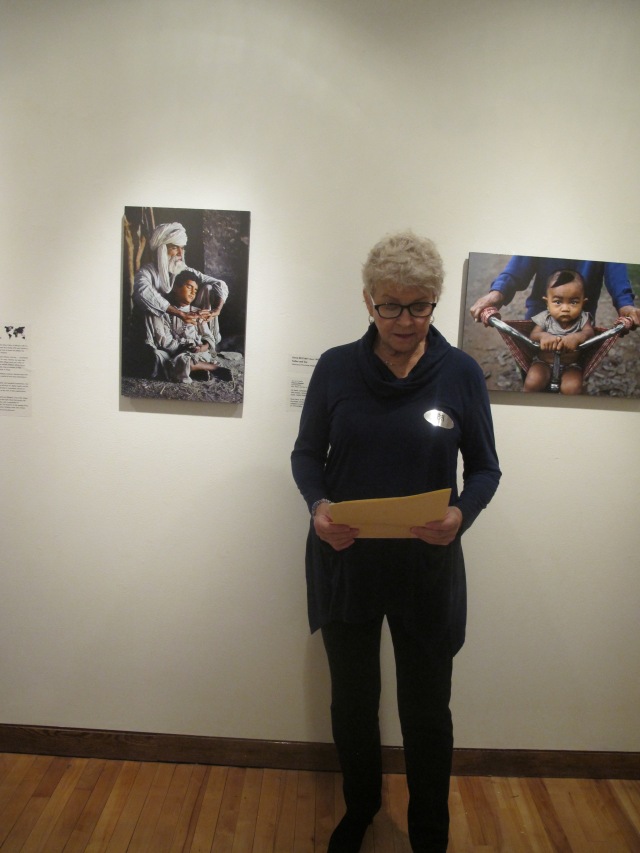 Patricia Deaton reads her work beside the Steve McCurry photograph that inspired the poem at the December 12, 2015 Art of Poetry event at Hickory Museum of Art.  The next event will be March 19, 2016 beginning at 2pm. It is free and open to the public.  The deadline to submit is March 5, 2016. Photo courtesy of Roger and Ginny Sanford.

Patricia Deaton
OFFSPRING
after “Father and Son” by Steve McCurry

He feels vulnerable, warmth between his legs;
half-smiles, remembers the woman, her pleading
eyes, naked boldness, how she tastes in darkness.

Now here, at the fork of his manhood, flesh and blood
slumbers, strong and pure, progeny resting against
creation’s muscle. A loose grip, this father’s hold
on immortality, made manifest in a perfect sleeping boy.